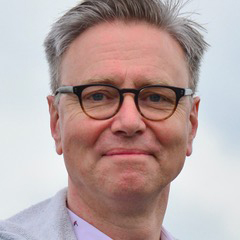 Phil Lowe is a coach, facilitator and speaker with thirty years’ experience helping leaders and their teams bring the best of themselves to what they do. He is a faculty member of London Business School and a former faculty member of Henley Management College and Management Centre Europe; he has also served as an Honorary Teaching Fellow in Training and Development at Birkbeck College, London. He has worked extensively across all industry sectors; his recent clients include BP, Barclays, Neste Corporation, the NHS, and the Civil Service.  He is the author of two books on management development and was co-writer of seven series of the BBC Radio business panel game The Board Game. He has featured as a pundit on BBC Breakfast (BBC1), Today (Radio 4) and Newstalk (Radio 5 Live).

He has co-authored two books on management development and was co-deviser and writer of seven series of the business-based panel game The Board Game for BBC Radio 4. He has featured as a pundit on BBC Breakfast (BBC1) Today (Radio 4) and Newstalk (Radio 5 Live)

Phil works with the creative tension of a career spanning both business and the arts. He holds an MSc in Organisational Behaviour from London University, an MA in Screenwriting from the University of the Arts London, a postgraduate Acting Diploma from Drama Studio London, and an honours degree in English from Cambridge University. He has at different times been an actor, stand-up comic, hospital porter, senior editor in the publishing industry, prison volunteer, novelist, and most recently a writer/director in the film business: his short film The Driving Seat was selected for 40 festivals worldwide and won six awards.

Myself and my team has enjoyed working with Phil. His coaching style with a high engagement level combined with solid theoretical understanding of team dynamics was instrumental to make our journey successful as a team.